We are committed to continuously improving access to our goods and services by individuals with disabilities. This website is currently being updated to enhance the usability and experience for persons with disabilities. If you are unable to use any aspect of this website because of a disability, please call 5087541122 and we will provide you with prompt personalized assistance.

A proud New Yorker, Dr. Litwin was raised on Long Island, and continued his education at the University of Albany, State University of New York where he graduated magna cum laude.
While at university, Dr. Litwin was eager to help his community by serving as an EMT for his local fire department and the city of Albany. Dr. Litwin later went on to the University of Buffalo, School of Dental Medicine where he graduated with a concentration in periodontics.
Following dental school, Dr. Litwin entered a General Practice Residency at Newark Beth Israel Medical Center. Upon completing his residency, he decided to pursue a residency in periodontics at the University of Kentucky .
Dr. Litwin also maintained a private practice position as a general dentist during his years training as a periodontist. His curiosity and natural drive to be as knowledgeable as possible in oral health guided him to earn a Master’s in Oral Biology, during which he completed research on how gum disease affects dental implants.

Dedicated to cultivating a healthy and active lifestyle, he enjoys being back in the northeast where he makes time to go fishing, skiing, diving, and swimming. Dr. Litwin also regularly returns to NYC where he holds a part-time position in a private practice conducting gum, bone, sinus, and implant surgery.
In addition to the many places in the US he has lived in, Dr. Litwin’s travels include the Middle East and South America, where he has planned and completed oral surgical procedures for underserved populations. 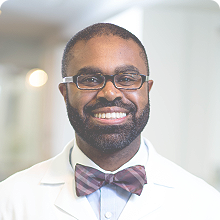 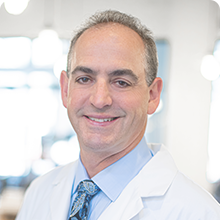 All Services in One Location

Our Office is conveniently
located in Worcester, MA.

©2021 Worcester Periodontics All Rights Reserved. Privacy Policy Disclaimer
Website by MD+CO
Book an Appointment
To book an appointment please feel free to call us at 508.754.1122 or complete the form below.

Here at Worcester Periodontics, we work diligently to protect our patient's rights and privacy. Requesting an appointment via our Internet portal is considered part of what HIPAA has identified as electronically protected information (ePHI). Unfortunately, despite the best efforts we make or take, there are people or entities that may attempt to intercept the data you transmit to us. By checking the box, and electronically making an appointment, you understand that you are making an appointment over the internet and that Worcester Periodontics will keep this information confidential but cannot guarantee that others, outside of our practice, may not illegally intercept this communication. As a result of continuing, you are sending this transmission and accepting the inherent risk(s) associated with making this request for an appointment. As an alternative, you are always welcome to contact our office via telephone to schedule your appointment.

The information presented here is not intended or implied to be medical advice, diagnosis, or treatment. It should be used for informational purposes only.